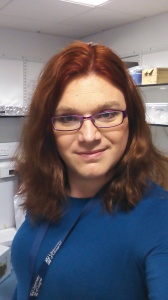 I am currently the lead post-doctoral researcher in a cardiac research group at the University of Glasgow.  I research myocardial function at all levels from whole animal, organ, single cell and protein/gene level.  During my work I have developed skills in microsurgery, echocardiography, electrocardiography, Langendorff perfusion, cardiomyocyte calcium imaging, confocal microscopy and biochemical techniques.  I am particularly interested in the pathophysiological processes that occur at the cellular, organ and whole organism level following myocardial infarction/ischaemia.  I use my understanding of these pathophysiological processes to identify and investigate targets to ameliorate adverse cardiac remodelling post-MI and thereby limit the progression to heart failure that is responsible for 35% of all UK deaths annually.  My main two projects are 1) a translational study assessing cathepsin-L levels in human patients post-MI and the effects of cathepsin-L inhibition in animal and in vitro models, and 2) investigating the role of the transcription factor Runx1 post-MI using a cardiomyocyte-specific knockout mouse with surgical induction of MI.  My particular expertise and interest is in the calcium handling and electrophysiology of cardiomyocytes and methods of improving their function after insults such as ischaemia.  My background in veterinary medicine gives me a broad understanding and interest in other areas such as infection biology, host-parasite interactions and general pathophysiology.  As such I often collaborate with other groups to provide cardiac phenotyping in vivo with echocardiography, ex vivo and in vitro to investigate cardiac affects during other disease processes.  Two current cardiac phenotyping projects are with mouse models of Rett Syndrome and Barth Syndrome.

I originally qualified as a veterinary surgeon from the University of Glasgow in 2008.  I then completed an internship in small animal medicine and surgery at the University of Liverpool Small Animal Teaching Hospital where I published research on surgical landmarks for treatment of canine nasal aspergillosis.  During this time I developed a keen interest in clinical and basic research leading me to undertake a BBSRC doctoral training programme for veterinary surgeons at the University of Glasgow.  Following an MSc year of rotating projects in virology, cardiology and neurology I gained my PhD in 2014 on the effects of Trypanosoma brucei and mammalian-derived extracellular cathepsin-L on myocardial function.  My PhD was a collaborative effort between the Institute of Cardiovascular and Medical Sciences and the Institute of Infection, Immunity and Inflammation.  During my PhD I investigated the myocardial effects of the single-celled parasite Trypanosoma brucei, the cause of African Trypansomiasis or Sleeping Sickness.  I established a link between a parasite derived cathepsin-L like cysteine protease and myocardial dysfunction.  From my PhD work I published these findings and secured a post-doctoral position continuing the mammalian cathepsin-L work in a translational setting funded by the Chief Scientist Office Scotland.  I have now started a second post-doctoral position funded by the MRC investigating the role of the transcription factor Runx1 as a target to ameliorate adverse cardiac remodelling post myocardial infarction.

Certainly to some extent.  I have always had an interest in research so much of the decision to leave veterinary clinical practice was a pull into research but my plans to transition did have some impact.  The relatively safe environment of academia compared with the tough hours and public contact in veterinary practice made transition much easier.  If I didn’t enter research would I still have transitioned? Absolutely, there really was no choice in that matter.  It did take me some time to be comfortable and confident enough to transition at work but the University of Glasgow has been really good.  I wish I had made the decision earlier!

All reactions from colleagues have been positive and supportive.  I came out to my colleagues just before presenting as female through a personal letter sent via my head of institute.  I received supportive emails in response, many of which brought me to tears.  I have been treated with respect and professionalism ever since and made new close friendships.  I recently had an anniversary of coming out at work to which colleagues have stated how proud they are.

My grandfather was always a role model for me.  He was a GP but retired before I was born.  That didn’t stop us having many a medical and biological discussion which in no small part led me to where I am today.  Sadly he passed in 2011 but did see me start out on my PhD.  I would have loved for him to see me as the woman I have become today.

My current post-doc position lasts for another 3 years so completing that is the first step.  After that I reach a fork in the road.  I am considering fellowship applications to begin my own lab researching my own ideas stemming from some of the work I have already done.  I am very interested in teaching students both academically and in transferrable skills so also branching out in that direction.

I am active in promotion of trans rights and equality.  I am currently in the process of establishing a Glasgow based trans swimming group, helping organise a diversity in sports conference for the charity LEAP Sports Scotland, being a role model for the charity MermaidsUK and promotion of equality for LGBTI+ vets through the British Veterinary LGBT group.  I am active on Twitter too @TransCharlotte.  Thank you for reading!