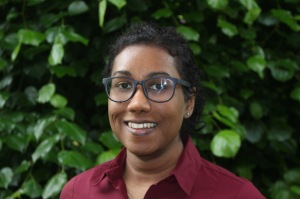 Current Job: Lecturer in Cardiovascular Science and PI of the Nanoscale Microscopy Group

Twitter or other social media handle (if applicable)? @i_jayas

I teach and supervise undergraduate students in the Biomedical Sciences programme (areas including Human Physiology and Medical Sciences) in the University of Leeds. I am also the undergraduate admissions tutor for the programme which involves leading open-days and student recruitment events on behalf of the University. I am the lead investigator of the Nanoscale Microscopy Group developing new microscopy technologies to visualise solitary and groups of proteins which underpin fundamental physiological events in the human body. Particularly, I have a long-standing interest in how the spatial organisation calcium ion channels in the heart determine the healthy function of the heart and how it is altered during heart disease. To this end, I build new microscopy systems and imaging protocols.

I completed my PhD (in Physiology and Biophysics) in 2011 and a couple of Postdoctoral Fellowships. During this time, I focused primarily in developing a range of research and leadership skills and building up a track-record through publications and presentations at international conferences. This reputation as a promising young researcher helped me secure my current job as a Lecturer, embedded within a Cardiovascular Research division within the University of Leeds.

Being trans has influenced me to stay within an academic career path, particularly in universities which are known to be safe havens for people like me. Universities tend to have stronger policies promoting equality and inclusion. In research environments especially, they offer the freedom to be who you are and exercise your creative skills. However, for much of my career, I remained in the closet. This was not helped by homophobia and transphobia that I observed among a small handful of my colleagues. As a result of a few isolated incidents and observations, I often found myself looking to move on to better workplaces. When I joined the University of Leeds, I found a much more positive and united work place within our Faculty (of Biological Sciences). I found that my colleagues and the leadership of the Faculty were passionate about equality and were keen to champion inclusivity, which eventually helped me come out and be my authentic self.

A major consideration for my career path has been where my partner, Jess, has been able to build her career as well. Where I work has been determined also by where Jess has been able to thrive in her own academic career. It is important to us that we remain together because we owe our career achievements to each other. Jess is currently a Lecturer in International Relations in the University of Manchester.

Going through a gender transition in a large workplace, apparently as the first employee in my Faculty to embark on such a process, brought about a wave of reactions. By a long way, the reaction was positive and supportive. There are the occasional few who have continued to mis-gender and dead-name me, either deliberately or unconsciously, which I found confronting. However, I found that exercising a good level of empathy and clear communication generally addresses this.

One of the warmest moments was receiving a card from my team (PhD students and postdocs) on the eve of my leave period ahead of gender confirmation surgery with the message that they were proud of me.

Yes, I have had many. A number of them are LGBT and/or in STEM. Virtually every close colleague, student or friend that I have had in STEM has been a role model and/or an inspiration to me in some manner. My partner – Jess – has perhaps been the most influential of them all, especially in the way she approaches her academic work and life in general.

As a university academic and a trans woman, it is very difficult to speak or write about the future. Even as a tenured lecturer, I find that these are uncertain times for us all (especially on the brink of Brexit and an age dominated by backlash against social justice or fairness). However, we live in an exciting age of innovation in science and technology. I hope to be involved in academic research long enough to see, at least, a few more of those innovations and meet perhaps meet one or two more inspiring people.

It is a really exciting time to be out as an LGBT+ person, particularly in a STEM discipline in the UK. We are in the midst of a cultural and technological revolution with so much excitement and cohesion among marginalised minorities, particularly in the UK. The LGBT STEMinar series led by Beth and colleagues is a fine example of how this movement could embody diversity – not only on gender and sexual orientation – but also age, race, social class etc. In my view, this level of inclusion and mutual support exemplifies how the LGBT+ community in the UK should come together. As a foreigner to the UK (from an ethnic minority), I have experienced at times the implicit exclusion of minorities from other LGBT events and forums. I am hopeful that the values (particularly on intersectionality) showcased by the STEMinar community will be taken up more widely by the UK communities in the years to come.

One thought on “An interview with Izzy Jayasinghe”